The biggest magnet on Earth is the planet itself! Learn about the magnetic poles from the magnet experts at Jobmaster.

Why Does the Earth Have Magnetic Poles?

You know the Earth has two “poles.”- North and South. But what does that really mean? And why do these poles exist? Well, it turns out the pole situation is considerably more complicated than the simple north and south summation. There are, in actuality, several north poles and several south poles, and it all depends on which one specifically you’re referring to. It’s easy for the definitions to get overly complex, so here are some basics about why the Earth has any poles to begin with, and what makes each one different.

The Magnetic North Pole, or Geomagnetic North Pole, is not located on the same spot as True North. In fact, it won’t be located on the same spot where it currently exists a year from now, because it shifts dozens of miles every year. Magnetic North is where the magnetic field of the Earth points straight down. If you had a magnetized metal needle in a cup of water, it would actually tilt down into the water vertically on this spot. What’s particularly fascinating is that the Geomagnetic South Pole is not located diametrically opposite of its northerly counterpart. The Earth’s magnetic field cannot be traced straight through the planet, like a toothpick spearing an olive.

Why Does the Earth Have Magnetic Poles?

All magnets have two poles, a north and a south. The Earth is essentially a giant functioning magnet, which is why it has two poles too. How did it become a magnet? The interior of the planet is molten iron, which swishes and sways as the Earth makes its rotations in space. This movement creates a magnetic field that encases the entire planet. This protective magnetic field is essential for life on Earth. Without it, there would be no ozone layer (the magnetic field keeps it from floating out into space) and the radiation from the sun would no longer be blocked, causing a mass extinction down on the ground. These movements are also responsible for the changes in location of Magnetic North and South Poles. Furthermore, every few hundred thousand years or so, the poles flip. Yep, up becomes down and down up, but it doesn’t have an effect on life, though communications systems would probably get scrambled. 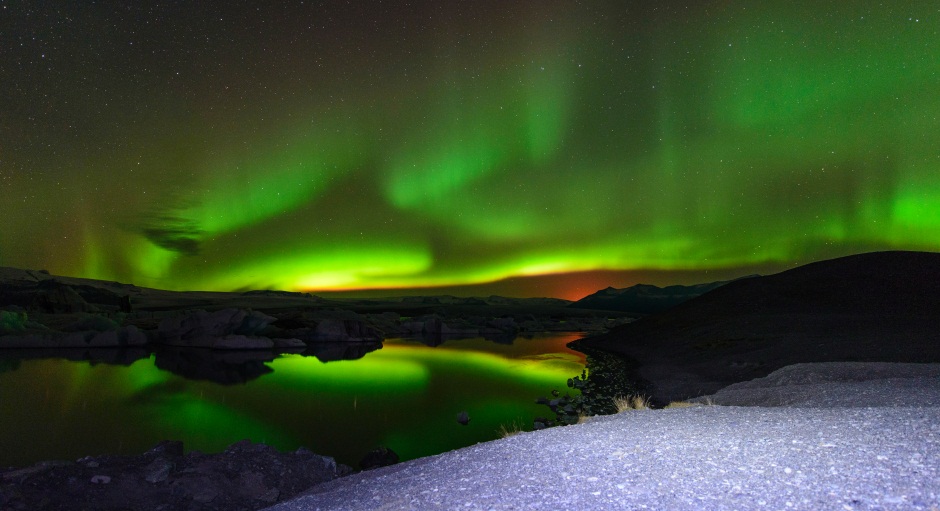 Magnetism is obviously essential not only to life itself but to life as we know it. Magnets are responsible for the electricity we use every day, and it’s responsible for keeping us safe from UV radiation. While it’s easy to ignore how magnets affect us, it could become a concern if you ever go hunting for the Geographic North Pole. The closer you get to the north, the less helpful a compass will be if you’re seeking True North. Aside from an arctic expedition, it’s just nice to know that the core is churning along and creating that all-important magnetosphere. Remember that next time you’re soaking up some sunshine.

We’re all about magnets and magnetism. So whatever you need your magnets for, call us and we’ll help get you exactly what you need.